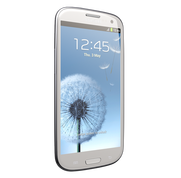 Samsung has just recently announced their flagship device for 2012.

It features with Samsung's very own voice recognition called, S Voice. How similar are they as compared to Apple's Siri? I will update as the smartphone arrives here.

Is this the King of Android? We will find out more!